If you are a Knight Commander of the Bath (KCB) you rank higher than a QC and certainly above a mere BSc.

Even the most apparently matey countries have an ‘order of precedence’ that makes democracy look even more foolish than it usually manages on its own. What happens though, in this highly schooled (if under educated) era, if you have several such post-nominal letters? 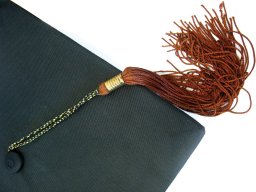 What if you are a decorated miltary hero, a member of learned societies and have degrees in medicine and international relations: in what order do your honours appear on that business card (assuming you have enough room)? The head of NASA holds seven earned degrees -maybe he got lost in a University.

Anyway, today’s invention is for people like him with way too much time on their hands. It’s a website on which one types in one’s post-nominals and it applies the rules of precedence to correctly order them.